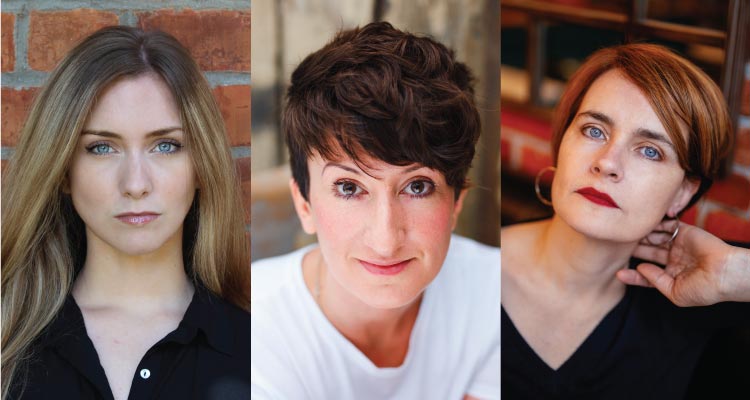 What are the roots of the Emergency that has destroyed Ireland? Last Ones Left Alive (Tinder Press) is well-known Tramp Press co-founder, Sarah Davis-Goff’s gripping first novel.

Sue Rainsford’s debut , Follow Me To Ground (New Island) is a beautifully controlled,sinister tale that questions our preconceptions of predator and prey and the consequences of unchecked desire.

“Stark, poetic, shocking and quite beautiful, this short novel has an echo of Steinbeck about it, if Steinbeck had written dark, mysterious fairy tales.” – Sunday Independent.

“A debut novel of jaw-dropping skill and immense power, a shimmering dystopian vision but also a lucid meditation on tenderness, intimacy and courage. From the get-go it gripped me, and since the last page I’ve been haunted.” – Joseph O’Connor.

This event will be chaired by Danny Denton, a novelist from Cork. The Earlie King & The Kid In Yellow was published by Granta Books in 2018 and was shortlisted for ‘Newcomer of the Year’ at the Irish Book Awards. Denton is also the guest editor of The Stinging Fly (Summer 2019).