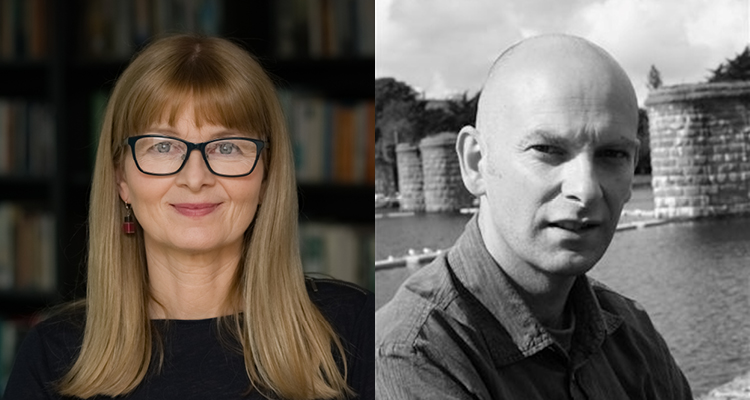 In 2020, our year as European Capital of Culture, we bring together two of Galway’s most celebrated writers, showcasing the depth and scope of literary talent within our county lines.

Mary Costello, winner of the Irish Book Awards Novel of the Year in 2014 for her debut, Academy Street, returns to Cúirt with her second novel The River Capture. In a novel that pays glorious homage to Joyce, The River Capture tells of one man’s descent into near madness, and the possibility of rescue. It is a book about the life of the mind and the redemptive powers of art.

Alan McMonagle’s second novel, Laura Cassidy’s Walk of Fame is the highly anticipated follow up to his debut work of fiction, Ithaca (2017). An engrossing and insightful book, this novel is a wonderful observation of love and loss, with a voice that blends devil humour, quiet mayhem, and a singled-minded optimism.

Mary Costello is from Galway. Her short story collection, The China Factory (2012) was nominated for the Guardian First Book Award and shortlisted for an Irish Book Award. Her first novel, Academy Street (2014) won the Irish Book Awards Book of the Year and was shortlisted for the International Dublin Literary Award, the Costa First Novel Award and the EU Prize for Literature. The River Capture is her second novel.

‘One of the most interesting and surprising novels of the year…This is a sensory book that draws on the body to feed the mind.’ John Self, The Times

Alan McMonagle has written for radio and published two collections of short stories (Psychotic Episodes, Arlen House, 2013 and Liar Liar, Wordsonthestreet, 2008). Ithaca, his first novel, was published by Picador in 2017 as part of a two-book deal, and longlisted for the Desmond Elliott Award for first novels and shortlisted for an Irish Book Award. His second novel, Laura Cassidy’s Walk Of Fame, was published in March of this year. He lives in Galway.

‘Alan McMonagle possesses a style that is all his own.’ Patrick McCabe, author of The Butcher Boy.