This announcement marks the launch of the 2023 programme – a submission window open from September to January – which invites unpublished and unagented women writers in the UK and Ireland to submit their novels-in-progress across any genre of adult fiction with the aim of being awarded the Discoveries Prize in June 2023. The winner of this Prize, now in its third year, will receive an offer of representation from Curtis Brown and £5000.

The sixteen longlisted authors will receive a bespoke, two-week online Discoveries Writing Development Course taught by Women’s Prize shortlisted author Charlotte Mendelson and an annual Audible subscription; whilst the six shortlisted authors will also have access to mentoring with a Curtis Brown agent, a free place on a six-week online writing course with Curtis Brown Creative and a studio session focused on writing and recording for audio with Audible. One promising writer, named the ‘Discoveries Scholar’, will also win a free scholarship to attend a three-month Writing Your Novel course with Curtis Brown Creative. 2022’s winner

“Winning Discoveries has already been life-changing; since June, how I view myself as a writer and how I think about my writing has changed. I want to develop as a writer and I want to support and champion the writing of the fifteen other wonderful women with whom I was longlisted. We are on this path together and we have so much to learn from each other. I would say to anybody thinking about entering Discoveries – just do it. If you’ve got an idea and there’s something that you really want to say, to get it out of your system, just write and send it in. I think most of us on the 2022 longlist did exactly that – just sent stuff without expecting to hear back. And here we are. So, it’s possible.Write what you enjoy and then share it.”

In just two years, this writing development programme has grown in popularity, with over 2500 entries received in 2022. 78% of the submissions last year were from writers living outside London and the South East, with entries from women aged 65–74 exceeding those in the 18–24 age bracket. So far, 12 longlisted writers from 2021 and 2022 have gone on to gain literary agent representation, including the 2021 winning author, Emma van Straaten, who is completing her novel and is represented by Curtis Brown agent Lucy Morris, while 2022 winner Sui Annukka has accepted an offer of representation from Curtis Brown agent Jess Molloy.

“The Women’s Prize exists to amplify, honour, support and celebrate women writers, of all ages, wherever they come from, whatever their life experiences, whoever they are. Discoveries is about new writers telling their own stories, in any genre, and supporting the widest possible range of female voices and experiences to be heard. In the past two years, we have been blown away by the response from so many talented and individual writers from all over the UK and Ireland. Many were picking up their pens for the first time, others had been writing quietly for years, but felt ready to share their work with others. Discoveries is for every woman who has a story to tell, and we can’t wait to start reading this year’s submissions.”

Designed to inspire as many aspiring and emerging authors as possible to enter and to help writers refine their submissions, the Women’s Prize Trust, Curtis Brown Literary Agency and the Curtis Brown Creative writing school will once again curate a programme of free resources to run throughout the submissions window. This will include writing tips and insights into the agenting and publishing process, practical advice and inspiration from judges, Women’s Prize for Fiction alumnae and publishing professionals. Live and online events and workshops will also be hosted with a range of partners to reach as wide an audience as possible, including Birmingham Literature Festival in October in conjunction with Writing West Midlands. A free ‘How to Get Started’ webinar hosted by Curtis Brown Creative will take place on Tuesday 1 November, 7.00pm-8.30pm, featuring a panel of Curtis Brown agents, authors and Discoveries judges, chaired by Kate Mosse.

To find out more visit: https://www.curtisbrowncreative.co.uk/discoveries-2023/

“After two successful years of Discoveries, we’re very excited to now be launching the 2023 prize and seeking to reach more writers than ever before! If you’re writing a novel or thinking of doing so, we’d encourage you to use the programme to build your confidence, find your focus and progress your writing. You don’t need a finished, polished novel in hand to enter – just the start of one and an idea of how it might progress. So, come along to a Discoveries event or two, take a look at the content we’re producing with the Women’s Prize Trust to help you along the way – and just go for it!”

“We have been thrilled to be involved with the Discoveries Prize over the last year and will be hosting the 2022 shortlisted writers at Audible Studios in the coming weeks to take them through the creation of audiobooks. The brilliant work the Women’s Prize Trust does to nurture female talent is something Audible is also deeply passionate about and we are delighted to be continuing our support of Discoveries in the years to come.”

The longlist and shortlist will be announced in May 2023, and the winner in June. 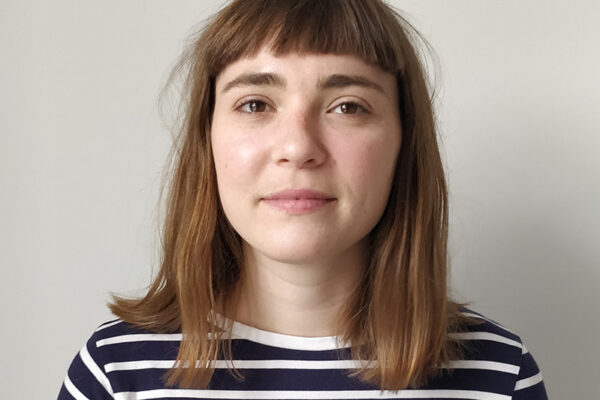