In line with the title, ‘Keeping the Colours New’, at Mick Lally Theatre, lit the room with new and colourful voices of authors who have all written their debut collections. They brought new and strong voices and the afternoon gave a peek into nascent yet remarkably growing diversity in the Irish cultural world.

Nidhi Kasa began the evening with her poems reflecting on her Congolese origins; her poem, ‘My People Dance by Their Hips’ uplifted everyone’s spirits. Victoria Kennefick read the poems that commemorate her childhood and her Catholic upbringing. However, instead of expressing nostalgia, she focused on critiquing and understanding Catholic orthodoxy. Nandy Jola took violence and racism heads on; her poem, ‘I’m Not a Racist, But’ satirised particular racists attitude witnessed in Ireland. Padraig Regan’s poems spoke of queer and grotesque reality of human body and existence.

The poets’ vibrant readings were followed by equally vibrant discussions on authorship, racism, Catholicism, and queerness. When asked about to advise people writing their first collections, Padraig emphasised on the importance of ‘some integrity’; the poets unanimously agreed that complete collections cannot be rushed but need to be completed with earnestness and integrity.

The poets generously shared how their writing came about. Padraig reflected on his style and experiments; he explained how he drew inspiration from Pokémon games while composing some of his poems. Nandy confessed that her collection had been in making for ten years and the writing came from her experiences of violence at her home, in her marriage and within the society at large. Victoria also spoke about violence and grotesque aspects of Catholic thoughts and beliefs in Ireland. Nithy defined home and her relationship with Ireland.

The audience sought tips on navigating the publishing industry and the authors generously shared their experiences and had plenty of good advice for people beginning their writing careers. They confessed that there was a lull in writing after the first collections were gone.

Doire Press’s John and Lisa not only collaborated in organising the event but also graced the event with their presence. Nithy Kasa’s Palm Wine Tapper and the Boy at Jericho and Nandy Jola’s Home is Neither Here Nor There have been published by them. Padraig Regan’s Some Integrity and Victoria Kennefick’s Eat or We Both Starve have been published by Carcanet. These are definitely unmissable collections. 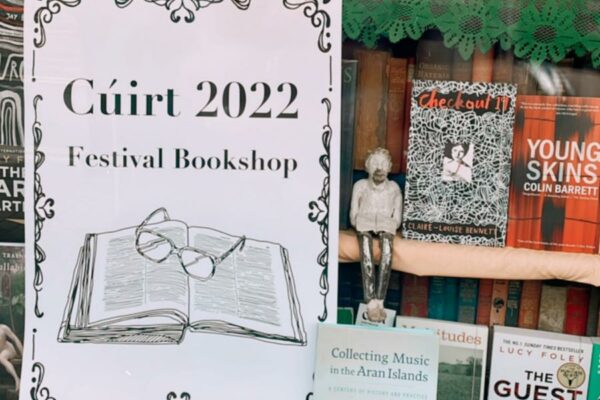 7 of the best events coming up this weekend