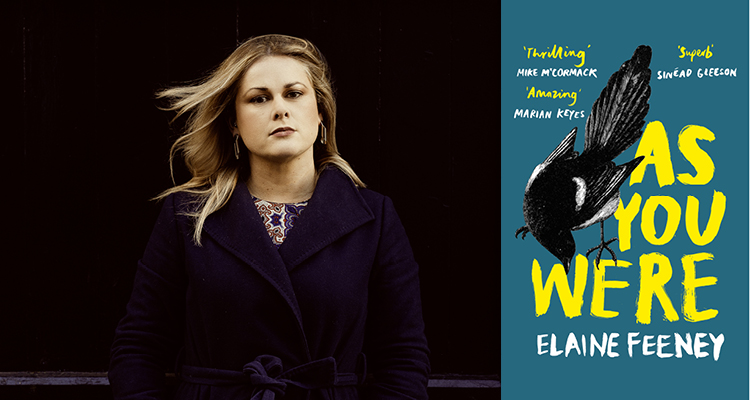 Guest editors of the special Galway 2020 issue of The Stinging Fly, Elaine Feeney and Lisa McInerney come together for a conversation on craft, class and characters.

Part of the growing canon of Irish writers possessed of a sharp wit and a darkly comic sensibility, Feeney and McInerney will talk about their approaches to writing, striking the balance between dark and light, and what it’s been like to work collaboratively as editors.

Elaine Feeney is a poet and novelist based in Galway. She has published three collections of poetry, Where’s Katie? (2010), The Radio was Gospel (2013), Rise (2017) and a drama piece, WRoNGHEADED (2017), commissioned by Liz Roche Company. She teaches at The National University of Ireland, Galway and St Jarlath’s College. Her work has been widely published and anthologised in Poetry Review, The Stinging Fly, The Irish Times, Copper Nickel, Stonecutter Journal and others. As You Were, (2020) will be her fiction debut.

Lisa McInerney is a novelist and writer from the West of Ireland. Her debut novel The Glorious Heresies(2015) won the 2016 Baileys Women’s Prize for Fiction and the 2016 Desmond Elliott Prize. Lisa’s second novel, The Blood Miracles (2017) 2018 RSL Encore Award. Lisa is currently a contributing editor at The Stinging Fly.