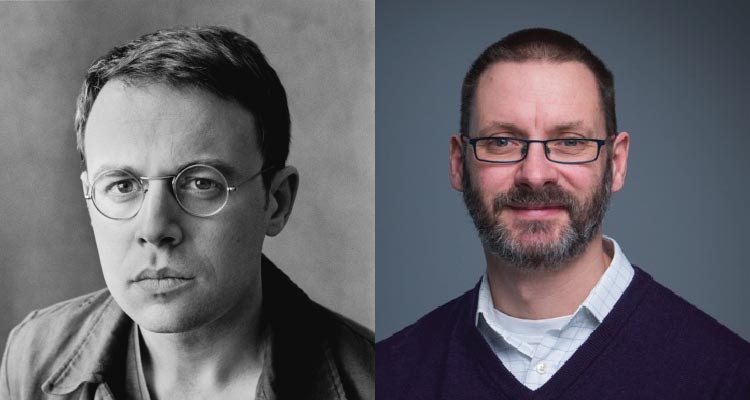 Join two internationally acclaimed young novelists, both formally and thematically daring, as they read from, and discuss their work.

Joshua Cohen was born in 1980 in Atlantic City. He has written novels Moving Kings and Book of Numbers. From 2001 to 2007, he worked as a journalist throughout Europe. In 2017 he was named one of Granta’s Best of Young American Novelists. He lives in New York City.

Will Eaves is the author of five novels and two books of poetry. Murmur, a story inspired by the life and research of the computer-science pioneer Alan Turing, was shortlisted for the Goldsmiths Prize 2018. It was a Book of the Year in the New Scientist, the TLS and the Guardian.

“Dazzling in its scope . . .  If curiosity is a writer’s greatest innate gift, Joshua Cohen may be America’s greatest living writer.” – The Washington Post.

“Scrupulous, humane, sad and strange, this fifth novel by Will Eaves is a bracingly intelligent as it is brave.” – The Guardian.

This event will be chaired by Dublin based writer and freelance journalist Ian Maleney. His essays have been published by Winter Papers, gorse, and The Dublin Review.