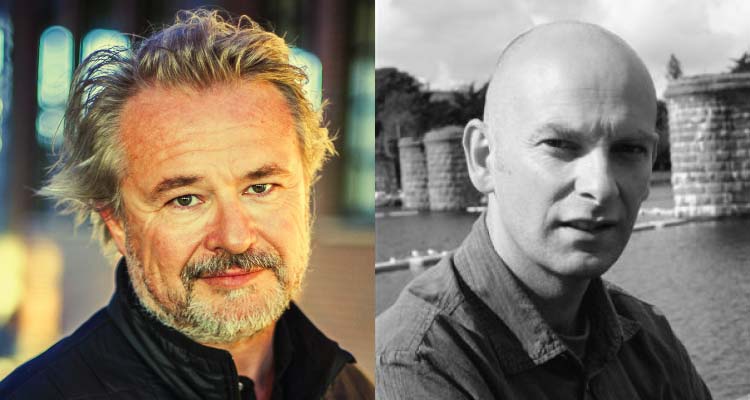 In a new partnership with Creative New Zealand, Cúirt is delighted to present a leading New Zealand novelist.

David Coventry’s first novel The Invisible Mile – described by The New York Times Review of Books as a “gorgeous… psychological thriller” and The Guardian as “a literary novel of the highest order” – has been translated into five languages. His new work Dance Prone is in the final stages of completion. The novel is set in the USA and North Africa and examines the nihilism, violence and intellectualism of 1980s post-punk and hardcore.

Alan McMonagle is a writer living in Galway, Ireland. He holds an MA in Writing from National University of Ireland, Galway. He has received awards for his work from the Professional Artists’ Retreat in Yaddo (New York), the Fundación Valparaiso (Spain), the Banff Centre for Creativity (Canada) and the Arts Council of Ireland. For his book Ithaca, Alan McMonagle was inspired by his own experience, because he spent a year in Australia and traveled all around there.

“Bruising, beautiful and ultimately transcendent. I loved The Invisible Mile because it felt how writing feels, and it shows us something great and long-past without a trace of nostalgia.” – Markus Zusak.

This event will be chaired by Paula Shields a reader, writer, researcher and interviewer. An arts journalist since the 1990s, she has worked in print, TV and now radio – on Arena, RTE’s flagship arts show.