The project ‘Read Me I am Yours’ is the joint endeavour of three eminent literary organisations with an aim of promoting European literature coming from lesser known and used linguistic areas. The project partners run literary festivals from different parts of Europe representing the lesser-spoken European languages: Cúirt International Festival of Literature / Cúirt Idirnáisiúnta Litríochta organised by Galway Arts Centre from Ireland, Mednarodniliterarni festival Vilenica / Vilenica International Literary Festival organised by the Slovene Writers’ Association from Slovenia, and Festival svjetskeknjiževnosti / Festival of World Literature organized by the Fraktura publishing house from Croatia. The three festival’s share a common historical, social and political experience as a result of their peripheral location making them unique at a European level.

The overall aim of the project ‘Read Me I am Yours’ is to promote cross-cultural understanding and encourage intercultural dialogue – both among literary cultures that come from lesser-used European languages and larger linguistic areas, as well as with the countries outside Europe – and exchange by enabling and fostering the mobility of authors, publishers, translators, literary agents, and other cultural mediators as well as those working within the cultural sector.

The following piece is by Elena Medel, a selected writer for the Emerging Writer On Tour project.

A Room of Another’s Own

The man is writing. He has closed the door of his bedroom so nothing interrupts his concentration: not the washing machine nor the murmur of his children. These three months of lockdown —March, April, May of the past year— have opened a parenthesis in his real life: maybe the man works from home, replicating office hours, or maybe the man devotes himself exclusively to literature —lucky him!— and has interrupted his book tour.

The rest of the house is shared by his wife, daughter and son. On the other side of the door, this wife has adapted her daily life to the situation: she works from the table of the living room, making sure that their daughter attends her lessons with the tablet in her bedroom, making sure that their son —sitting next to her— follows the teacher on the phone. Before they finish, she stops whatever she’s doing, to make lunch; they all eat together —often the man who writes joins them later— and then she tidies up the kitchen, helps with homework, makes up the hours she owes to the company. She picks up a piece of lint in the hallway with her hand; at the weekend she will take care of the cleaning. By then it’s time for the son’s bath, the various dinner shifts. When she sits alone in front of the TV, she falls asleep on the sofa in just a few minutes.

What if the woman also wrote? She has barely enjoyed a moment for herself. In an interview, months later, someone will be interested in the experience during the lockdown of the man who writes: he will answer that writers know solitude well, that those stages of confinement allow a kind of more essential writing. What memory will the woman keep of those months? Will someone ask her how it feels to be the woman who does not write?

There are circumstances that bring us closer or separate us more than the country in which we are born or live, or the language we speak: gender, class, race, gender identity. The pandemic increases these differences marked by privilege: when rights that were gained are taken back, as it happens in extreme situations such as these —in which everything else takes second place— it is very difficult not only to move forward, but to recover what has been lost. Who romanticizes the image of the woman who writes her texts in the kitchen, on her way home from work, while her children beg for dinner? Who shows us this image as endearing instead of from rage? During lockdown, when he burden of care has increased for all women, what time do they have for thinking, reading and writing? Those who make ends meet through precarious work, and invest the little free time they have left in looking for another, better paid, more stable job that will allow them to survive: those, when do they write?

We don’t read the books that written, but the books that were able to be written. What is the distance between the table where the man writes from the table in the dining room? In this one, the woman answers an email while she is entertaining their son to avoid him making any noise, she imagines some steps and looks at a door that separates the real world —rough, unfair— from the room that’s always taken by someone else.

Elena Medel was born in 1985 and lives in Madrid. The Wonders is her first novel, awarded with the Francisco Umbral Prize for Best Book of the Year 2020, and will be translated into a dozen of languages; Pushkin Press and Algonquin Books will publish it in English in March 2022. She is the author of poetry books and chapbooks collected in A black day in a house of lies (2015), and also essays about poetry.  She works as a publisher at La Bella Varsovia, the poetry publishing house she founded at the age of 19, and currently considered one of the most prestigious in Spain. Among other awards and grants, she was recognised with the XXVI Loewe Prize for Young Poets and the Princess of Girona Foundation Award 2016 in the Arts and Literature category. 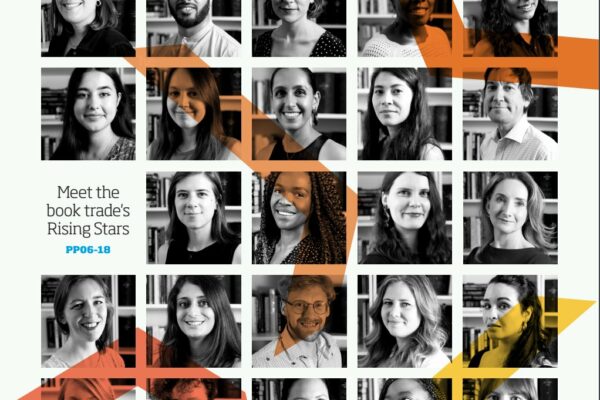