Online (Zoom) / Pay What You Can

Join Cúirt International Festival of Literature for a special event celebrating the launch of The Rules of Revelation, the highly anticipated new novel from multi-award winning writer, Lisa McInerney.  Lisa is joined in conversation by Kevin Barry.

REUNIONS. RECRIMINATIONS. RECKONINGS. Ireland. Great nationalists, bad mothers and a whole lot of secrets. Ryan Cusack is ready to deliver its soundtrack. Former sex-worker Georgie wants the truth about Ryan’s past out there but the journalist has her own agenda. Mel returns from Brexit Britain, ill-equipped to deal with the resurgence of a family scandal. Karine has always been sure of herself, till a terrible secret tugs the rug from under her. Maureen has got wind that things are changing, and if anyone’s telling the story she wants to make sure it’s her. The Rules of Revelation is a riotous blast of sex, scandal, obsession, love, feminism, gender, music, class and transgression from an author with tremendous, singular talent.

Lisa McInerney’s work has featured in Winter Papers, The Stinging Fly, The Guardian and Granta. Her debut novel The Glorious Heresies was published in 2015 and went on to win the 2016 Baileys Women’s Prize for Fiction and the 2016 Desmond Elliott Prize. The Blood Miracles, was published in 2017 and the third book, The Rules of Revelation, completes the unholy trinity.

Kevin Barry is the author of the novels Night Boat to Tangier , Beatlebone , and City of Bohane and the story collections, There Are Little Kingdoms , Dark Lies the Island and That Old Country Music . Night Boat to Tangier was long-listed for the 2019 Booker Prize and was named one of the New York Times Top Ten Books of 2019 and City of Bohane was awarded the International Dublin Literary Award in 2013.

The characters, the dialogue, the wit and humanity - everything about this book glows.

An enthralling and expansive novel. There is no mistaking the brilliantly inventive, savage, technicolour bounce of McInerney's prose.

A link to the Zoom event will be emailed to participants near to the day of the event.

Book Now Back to What's On 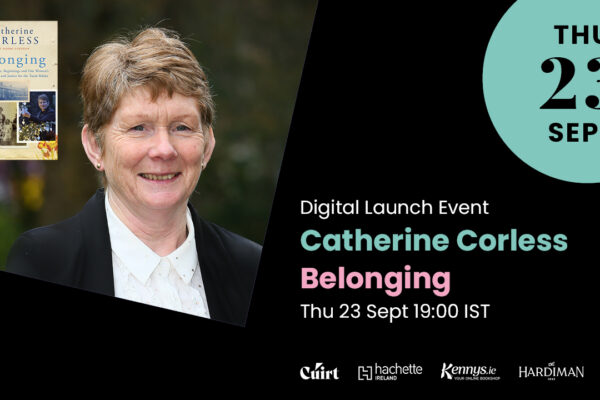