Finding Ourselves: Writing through the Queer Archive

When your sexuality and gender have been struck from mainstream history, writing can seek to uncover and rebuild this erased past.

We’re joined by (soon to be) Irish Queer Archive poet-in-residence Seán Hewitt, and writers Chandrika Narayanan-Mohan, Kit Fryatt and Llaura McGee to discuss how a contemporary queer canon in Ireland serves to build a living history for LGBTQ+ writers today and what the existence of (and access to) a queer archive can do for future generations.

Spanning the many intersections of queer writing in Ireland today, our writers will also read their work and be joined in a discussion by moderator, Mark Ward, poet and editor of international LGBTQ+ poetry journal, Impossible Archetype.

Seán Hewitt is a poet, lecturer and literary critic. His debut collection, Tongues of Fire, was shortlisted for The Sunday Times Young Writer of the Year Award. In 2019, he won an Eric Gregory Award, and he is also the winner of the Resurgence Prize, 2017. His memoir, All Down Darkness Wide, will be published in 2022.

Kit Fryatt is a writer and academic based in Dublin. He was born in Tehran in 1978 and lived in England, Singapore and Turkey before moving to Ireland in 1999. Kit lectures in English at Dublin City University and his most recent book of poetry is Bodyservant.

Llaura McGee is an artist, writer and game-maker from Donegal. She is best known for her 2014 narrative Curtain, which follows the destructive relationship between two women in a Glasgow punk band, as well as the 2020 visual novel If Found…, which follows the story of a trans woman in 1993 returning home to Achill in the month before the end of the world. 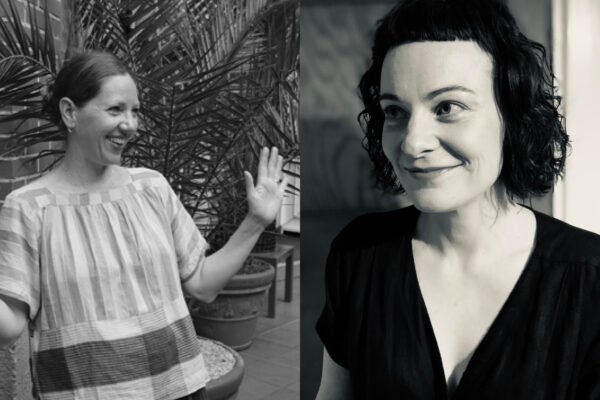